At Lewiston Orchards Irrigation District, it’s all about water.  We have been in the water business for over 90 years.   Our goal is to deliver domestic and irrigation water to our patrons safely and reliably.

The Lewiston Orchards Irrigation District services about 18,500 citizens. Lewiston had a population of 30,904 for the 2000 Census and the District serves about 60% of the city. We have about 7200 domestic accounts and 5700 irrigation accounts. The District has two water systems that it operates and maintains.

One is a domestic potable water delivery system and the other is a non-potable enclosed and pressurized irrigation system. The irrigation system is  gravity fed from two reservoirs at higher elevation, Soldiers Meadow Reservoir and Lake Waha, through the Sweetwater Canal to Mann Lake, (Reservoir A) near Lewiston.  Click here to view a boundary map.

The Lewiston Orchards Irrigation District (LOID) is a dual water purveyor committed to its fundamental objective of providing reliable water service for domestic and irrigation uses.

It is the intent of the LOID to provide untreated irrigation water to all patrons within the irrigation district during the irrigation season at adequate pressure in an efficient manner and at a reasonable cost.

It is also the intent of the LOID to provide quality and safe domestic water service for drinking at a reasonable cost to the residents of the District and its domestic annexations.

The Lewiston Orchards Irrigation District is committed to the long-term reliability of it’s systems.

Click here to review the full version of the 2019 Master Plan.

The Lewiston Orchards Project was originally constructed by private interests, beginning in 1906. Most of the project features have been rehabilitated or rebuilt by the Bureau of Reclamation. The project facilities include four diversion structures (Webb Creek, Sweetwater, West Fork, and Captain John) feeder canals, three small storage reservoirs (Soldiers Meadow, Mann Lake, and Lake Waha) a domestic water system including a water filtration plant which is no longer in use, and a system for distribution of irrigation water. The domestic water supply which initially was provided by surface water resources now comes entirely from groundwater resources developed by the Lewiston Orchards Irrigation District. A full irrigation water supply is delivered to project lands totaling over 3,900 acres, and a dependable domestic water system is now provided for some 16,000 residents.

Soldiers Meadow Reservoir stores water from Webb Creek and from upper Captain John Creek via the Captain John Canal. This water is released, when needed, and diverted into Sweetwater Creek by the Webb Creek Diversion Dam and Webb Creek Canal. Water from the West Fork of Sweetwater Creek is stored in the offstream Lake Waha, which is fed by Lake Waha Feeder Canal. The stored water is pumped from Lake Waha back into the creek during the irrigation season. Sweetwater Diversion Dam diverts the releases into Sweetwater Canal, which empties into Mann Lake. Water for irrigation use is taken from Mann Lake by pipeline. Water for domestic use which had previously been a surface water supply is now provided from three deep wells developed by the Lewiston Orchards Irrigation District.

Mann Lake and Lake Waha
Mann Lake is an offstream reservoir about 7 miles southeast of Lewiston, Idaho, that has a total capacity of 3,000 acre-feet (active 3,000 acre-feet). Safety of Dams work was completed at Mann Lake in 1999. A stability berm with drainage features was constructed along the downstream toe of the lower embankment, the upstream face of the lower embankment was reworked, and minor modifications were made on the upstream face of the upper embankment and to the outlet portal. In addition, the reservoir operating elevation was restricted to elevation 1800 feet reducing the reservoir’s total capacity from 3,000 acre-feet to 1,960 acre-feet. This work was accomplished under the Bureau of Reclamation’s Safety of Dams Program. Lake Waha, a natural lake, also serves as an off stream reservoir. This lake is about 1 mile southwest of the village of Waha and has a capacity of 6,900 acre-feet.

Soldier’s Meadow
The Soldier’s Meadow Reservoir is located on Webb Creek about 6 miles southeast of Waha and has a total storage capacity of 2,370 acre-feet (active 2,370 acre-feet). In 1986, the top 25 feet of embankment at Soldiers Meadow Reservoir was replaced and the crest raised by 7 feet. In addition, filters were incorporated into the rebuilt embankment and the spillway and outlet works were modified. This work was accomplished under Reclamation’s Safety of Dams Program.

The West Fork Diversion Dam is on the West Fork of Sweetwater Creek about 23 miles southeast of Lewiston, Idaho. It is a concrete overflow weir type structure which diverts water into the Lake Waha Feeder Canal for storage in Lake Waha. A pumping plant located on a floating platform at the north end of Lake Waha pumps the stored water back into the creek during the irrigation season for use by the irrigation district.

Domestic Water System
The water filtration plant is about 1 mile west of Mann Lake. The plant, as originally constructed, had a capacity of 1.5 million gallons per day. In 1977-1978, the district, primarily through work done by its own forces, increased the capacity to 2.3 million gallons per day by installing a rapid flow sand filter system. The filtration plant has not been used since 1985, because of the conversion of the domestic water system from a surface to a groundwater supply. A 1.5-million-gallon, ground-level concrete domestic storage reservoir is located at the treatment plant as well as an elevated steel storage tank. These facilities are still being used. Initially, the distribution system had 58 miles of domestic pipe ranging from 0.75 to 14 inches in diameter. Forty-seven of these miles were constructed by the Bureau of Reclamation and 11 miles of extensions were installed later by the district. With continued urbanization of the area, there is now about 90 miles of domestic pipe. The 8- to 14-inch supply mains are asbestos-cement, the 4- and 6-inch distribution lines are either asbestos-cement or PVC, and all the lines from 0.75 to 3 inches are galvanized pipe.

In 1978, the district, with funds granted by the Economic Development Administration, drilled a 1,520-foot well within the project area to provide added capacity to the domestic system. The well is equipped with a 300-horsepower pump that pumps 600 gallons per minute. The well capability is 1,000 gallons per minute. The well is connected to the domestic distribution system by 6,200 feet of 8-inch-PVC pipe.

In 1985, a well was drilled at the water filtration plant. This well is 1,950 feet deep and is equipped with a 300-horsepower motor with a designed capacity of 900 gallons per minute. The well is connected to the 1.5 million gallon domestic reservoir with an 8-inch, 300 foot pipeline.

A third well was completed in 1998 to meet increasing domestic demands. This well is 2,630 feet deep. Total output is about 1,275 gallons per minute which is discharged into a new 2.5 million gallon storage reservoir.

Irrigation Distribution System
The irrigation distribution system comprises over 80 miles of irrigation pipe ranging from 1 to 36 inches in diameter. Several flumes, siphons, and feeder canals are also included in the system.

History
The project is located near the confluence of the Clearwater and Snake Rivers in Idaho. In early days, it was a natural hunting and fishing ground for Indians. Early settlers found the climate delightful, as the elevation at Lewiston is only 738 feet. These settlers made their living by dry farming, mining, and lumbering. In 1906, a private company initiated irrigation in the project area.

Investigations
The initial irrigation system provided a timber flume and a canal to carry water from Sweetwater Creek to Mann Lake. From Mann Lake water was distributed through a system of wood-stave pressure pipelines to project lands. The water supply was augmented in 1915, 1922, 1934, and 1939 by making new diversions and by increasing the storage capacity. However, the wood-stave pipe system had a limited economic life and when the pipes were 30 years old and the flume 20 years old, the water distribution system had become unreliable. System losses ranged from 12 to 85 percent from section to section with the result that pressures were inadequate for satisfactory delivery of domestic water to many homes. In addition, portions of farm units were left dry because of the inadequate water supply. In 1939, the Irrigation District, aided by the Works Projects Administration, launched a program for replacing the wooden flumes with concrete bench flumes. This program continued in 1940-1941 but was not completed. Following these years, extensive maintenance and repair were necessary to keep the Webb Creek diversion in operation as the timber-crib diversion dam was in dire need of replacement. Water delivered through the single-pipe system was unsafe for domestic use, which caused a number of residents in the area to transport drinking water from the city of Lewiston.

Studies carried on during the 1970’s considered the possibility of additional facilities to develop firm domestic water supplies. Included in these studies were a pumping plant on the Clearwater River with a design capacity of 30 cubic feet per second to deliver water to Mann Lake, the relining of Sweetwater Canal to reduce losses and restore full capacity, and the addition of a 2 million gallon domestic water reservoir.

Authorization
The Lewiston Orchards Project was found to be feasible by the Acting Secretary of the Interior on May 31, 1946, pursuant to the Reclamation Project Act of August 4, 1939 (53 Stat. 1187, Public Law 76-260). However, before the Secretary’s report was submitted to the Congress, the Act of July 31, 1946 (60 Stat. 717, Public Law 79-569) specifically authorized construction of the project. The authorized project purposes are irrigation and municipal and industrial water supply.

Construction
Following a full investigation by the Bureau of Reclamation and authorization by the Congress, construction and rehabilitation was started on September 15, 1947. All construction was completed on March 15, 1951.

Irrigation
The project is located near the confluence of the Clearwater and Snake Rivers in Idaho. In early days, it was a natural hunting and fishing ground for Indians. Early settlers found the climate delightful, as the elevation at Lewiston is only 738 feet. These settlers made their living by dry farming, mining, and lumbering. In 1906, a private company initiated irrigation in the project area.

A domestic water supply is now furnished for a population of over 14,700. The demand for domestic water continues to increase as the area is developed into suburban residences. (History and information provided by the Bureau of Reclamation)

Our new and improved electronic billing and payment solution is here! 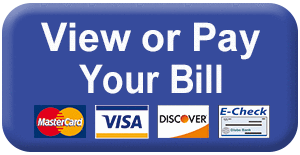